Warning: Use of undefined constant MEBAK_LITE_PATH - assumed 'MEBAK_LITE_PATH' (this will throw an Error in a future version of PHP) in /var/www/beerticker.dk/public_html/wp-content/plugins/myeasybackup/myeasybackup.php on line 163
 New international beer festival in Copenhagen

Beerticker.dk has received the following from Mikkeller. Longer post in Danish here.

Beer lovers should start looking forward to May 11th and 12th 2012 as a new festival for beer and gourmet fanatics will open its doors in Copenhagen, Denmark. The festival is dubbed Copenhagen Beer Celebration and is founded by Danish brewery Mikkeller alongside a variety of local and international breweries and distributors.

– Our intention is to make a small, cozy festival where the main priority is quality, says Mikkel Borg Bjergsø, owner of Mikkeller and principal organizer of the festival.

The festival will offer around twenty breweries from the absolute elite of the international beer scene. American brewery Three Floyds has already announced its participation at next year’s Copenhagen Beer Celebration. Three Floyds has been dubbed World’s Best Brewery three years running on Ratebeer.com.

Copenhagen Beer Celebration will also feature some of the best chefs from Denmark. Most of all to match the quality of the beer but also to focus on the entry of beer at more and more gourmet restaurants around the world.

– Of course our main focus is beer but since the awareness of taste sensations in the combination between beer and food has grown, we have invited renowned restaurateurs Mielcke & Hurtigkarl and the roaster Coffee Collective among others, says Mikkel Borg Bjergsø.

Copenhagen Beer Celebration will take place in the running club Sparta’s historic and impressive facilities near Fælledparken in Østerbro, Copenhagen.

Only 1000 tickets will be up for sale per day. Information regarding ticket sales and prices, which breweries will attend, news and updates will continually be updated at www.copenhagenbeercelebration.com 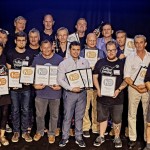 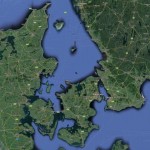