Warning: Use of undefined constant MEBAK_LITE_PATH - assumed 'MEBAK_LITE_PATH' (this will throw an Error in a future version of PHP) in /var/www/beerticker.dk/public_html/wp-content/plugins/myeasybackup/myeasybackup.php on line 163
 Nye øl: Rocket Brewing Company’s premiereøl 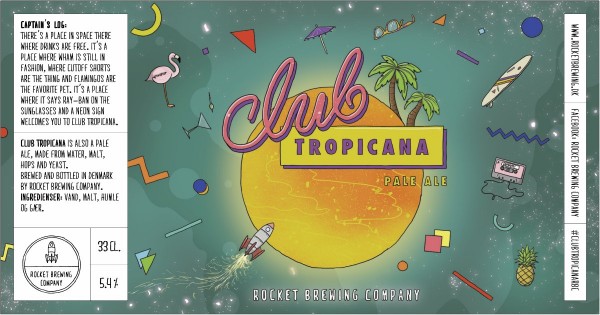 Club Tropicana is also a Pale Ale, made from water, malt, hops and yeast. 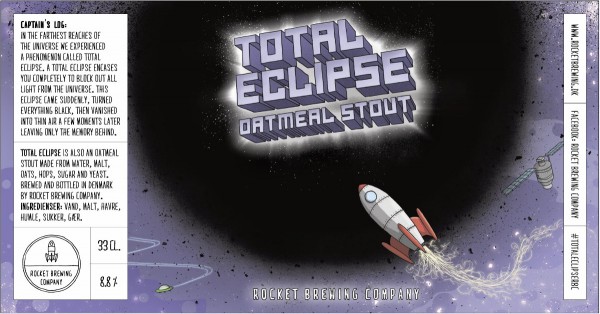 Captain’s Log: In the farthest reaches of the universe we experienced a phenomenon called Total Eclipse. A Total Eclipse encases you completely to block out all light from the universe. This eclipse came suddenly, turned everything black, then vanished into thin air a few moments later leaving only the memory behind.

Total Eclipse is also an Oatmeal Stout made from water, malt, oats, hops, sugar and yeast. 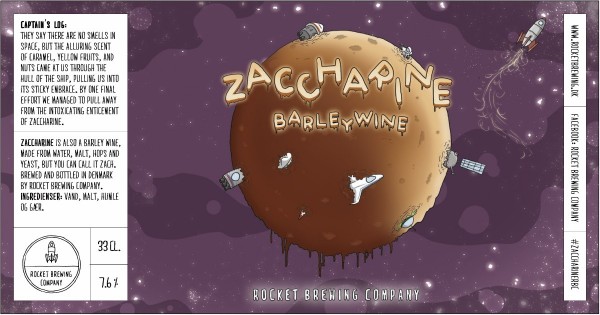 Captain’s Log: They say there are no smells in space, but the alluring scent of caramel, yellow fruits, and nuts came at us through the hull of the ship, pulling us into its sticky embrace. By one final effort we managed to pull away from the intoxicating enticement of Zaccharine.

Zaccharine is also a Barley Wine, made from water, malt, hops and yeast, but you can call it Zach.