Warning: Use of undefined constant MEBAK_LITE_PATH - assumed 'MEBAK_LITE_PATH' (this will throw an Error in a future version of PHP) in /var/www/beerticker.dk/public_html/wp-content/plugins/myeasybackup/myeasybackup.php on line 163
 Ny øl: Mikkeller Hop Bomb Challenge 2011 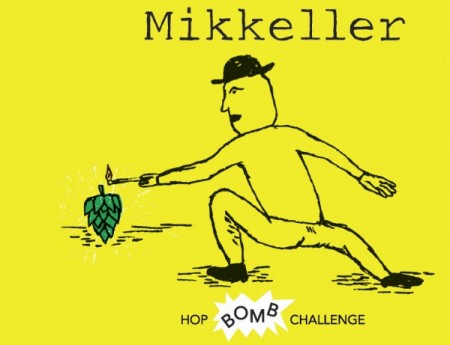 At Mikkeller, we are firm in our belief that the best ideas from the brightest minds can be found among the ranks of the home-brewers. That is why we continue to nurture the innovative guys (so far only guys, come on ladies!) that make up the backbone of the big, bad home-brewing beer scene.

The 2011 Hop Bomb Challenge winner is Søren Davids – winning the title two years in a row! Our Swedish brothers followed up strongly, with Sea-goat Brewing coming in second and Christian Kapusta third.

A big thanks to all of you who went through the trouble of brewing and submitting a Hop Bomb. We at Mikkeller appreciate the amount of love (and hops) that goes into every one of your home-brews.

Brewed as collaboration between Søren Davids and Mikkeller.