Warning: Use of undefined constant MEBAK_LITE_PATH - assumed 'MEBAK_LITE_PATH' (this will throw an Error in a future version of PHP) in /var/www/beerticker.dk/public_html/wp-content/plugins/myeasybackup/myeasybackup.php on line 163
 Ny øl: Beer Here/ Ugly Duck Helmuth Kellerbier 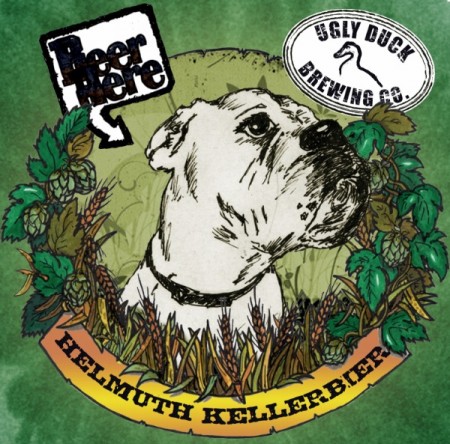 Helmuth is a beer inspired by the German Kellerbier (or Zwickel as they are also know). It is a unfiltered lager, usually served very fresh and thus less clean and bitter than normal German pilsner or Helles but with more body, fruitiness and complexity making it a most satisfying beer. It was decided that the beer needed to have a twist distinguishing it from its German cousins so we used the rarely used American Athanum hop. The beer is being brewed as a collaboration project between Ugly Duck Brewing and Beerhere on initiative  of the Finnish beer geek and importer Juha Ikonen from the famous Finnish pub Pikkulinto.